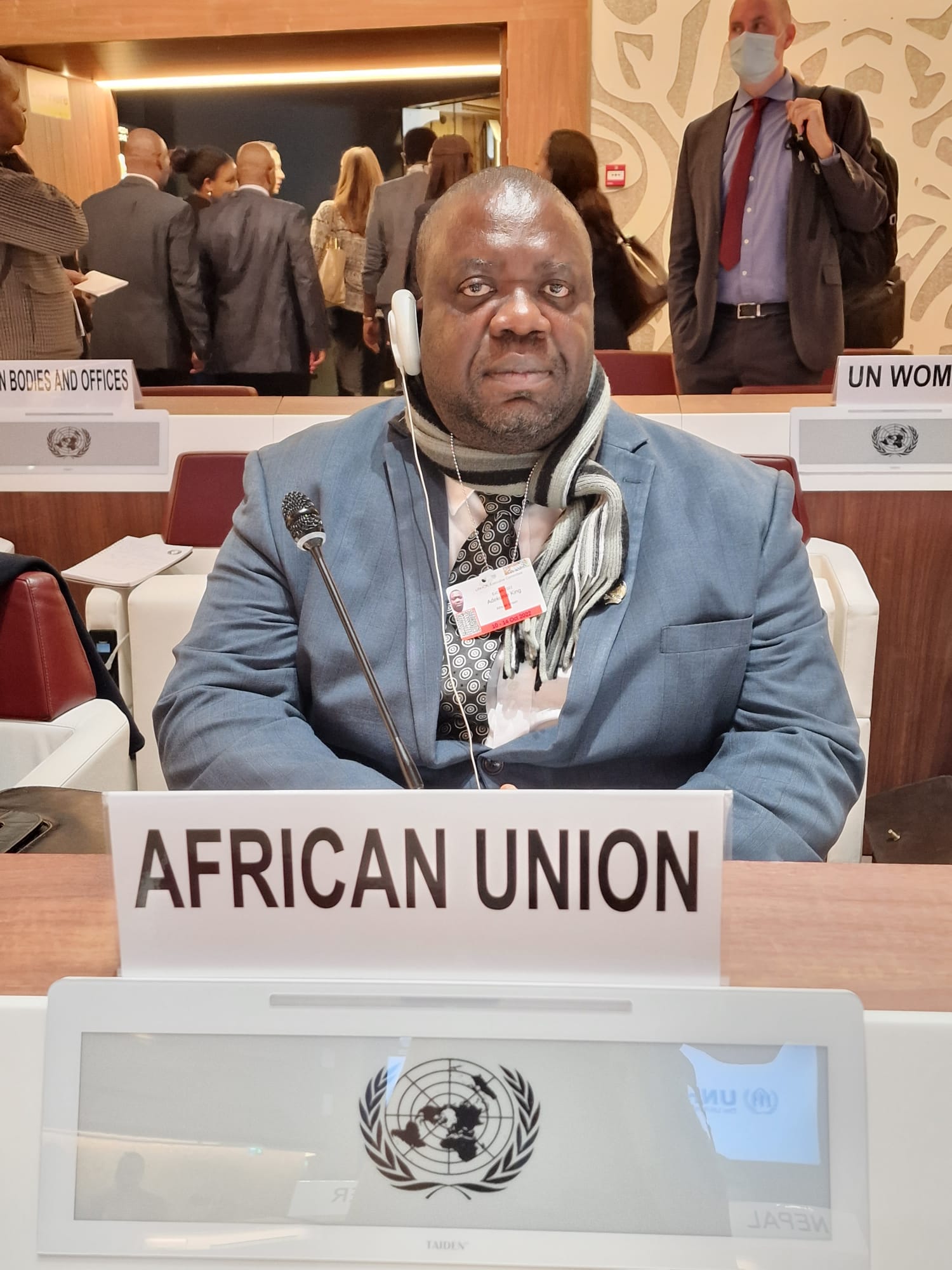 Geneva, Switzerland Friday 14 2022– The Ambassador to Ethiopia who doubles as the African Union Representative, Adekulne King has registered Sierra Leone’s commitment at the 73rd Session of the United Nations High Commission for Refugees Executive Committee, in providing support and protection for all refugees and displaced persons irrespective of their origins.

In his statement, Ambassador King said that the Malabo summit is marked by enormous successes, adding that with the opportunity to attend the Malabo Summit, the African Union backed by Member States as well as International Partners are very committed in ameliorating the perennial issue of humanitarian crises on the continent, which was manifested by the numerous pledges from Member States of the African Union and the International Partners.

Ambassador King informed the meeting that humanitarian needs and protracted displacements in Africa is due to armed conflicts, climate change, natural disaster and terrorism, this he said has proven to be herculean task for the continent and serve as major impediments to conceive agenda 2063, the Africa that we want. Adding that Africa’s rightful position as a global powerhouse can only be achieved when its peoples are elevated from poverty and protected from preventable humanitarian disaster.

“The Sub-Committee on Refugees, Returnees and Internally Displaced Persons of the Permanent Representative Council of the African Union, I have had the privilege to visit countries which are in dire need of humanitarian assistance. And I must say here today, that despite the immense effort by the African Union to provide solidarity Support to these countries, the enormity of assistance that is needed cannot be overemphasized.

It is against this backdrop, that I vehemently believe that the Extraordinary Summit in Malabo was not only timely but humane, because it provided Member States and other various international partners not to only pledges toward putting an end to humanitarian crises in the continent, but also to understand its devastating impact”, Ambassador King noted.

Ambassador King disclosed that despite the successes of the Malabo Summit, member states must not renege in their promises and commitment in ensuring that they solve the many vices of humanitarian crisis on the continent.

“We must also endeavor to employ pro-poor and mitigating policies that will prevent or better still lessen the effect of humanitarian crisis, which has left more than 280 million suffering from malnourishment. We must not relent in the fight to silencing the gun, as it is no secret that civil conflict in Africa is a major proponent for humanitarian crisis. Today, as we speak, there are more than thirty (30) million displaced persons in Africa, many of which are trapped in situation, with no clear path”, he noted.

Ambassador King called for increased mobilization and collaboration to resolve humanitarian crisis on the continent, promote common cause and for continued political commitment, with a view of putting an end to Humanitarian crisis in Africa.