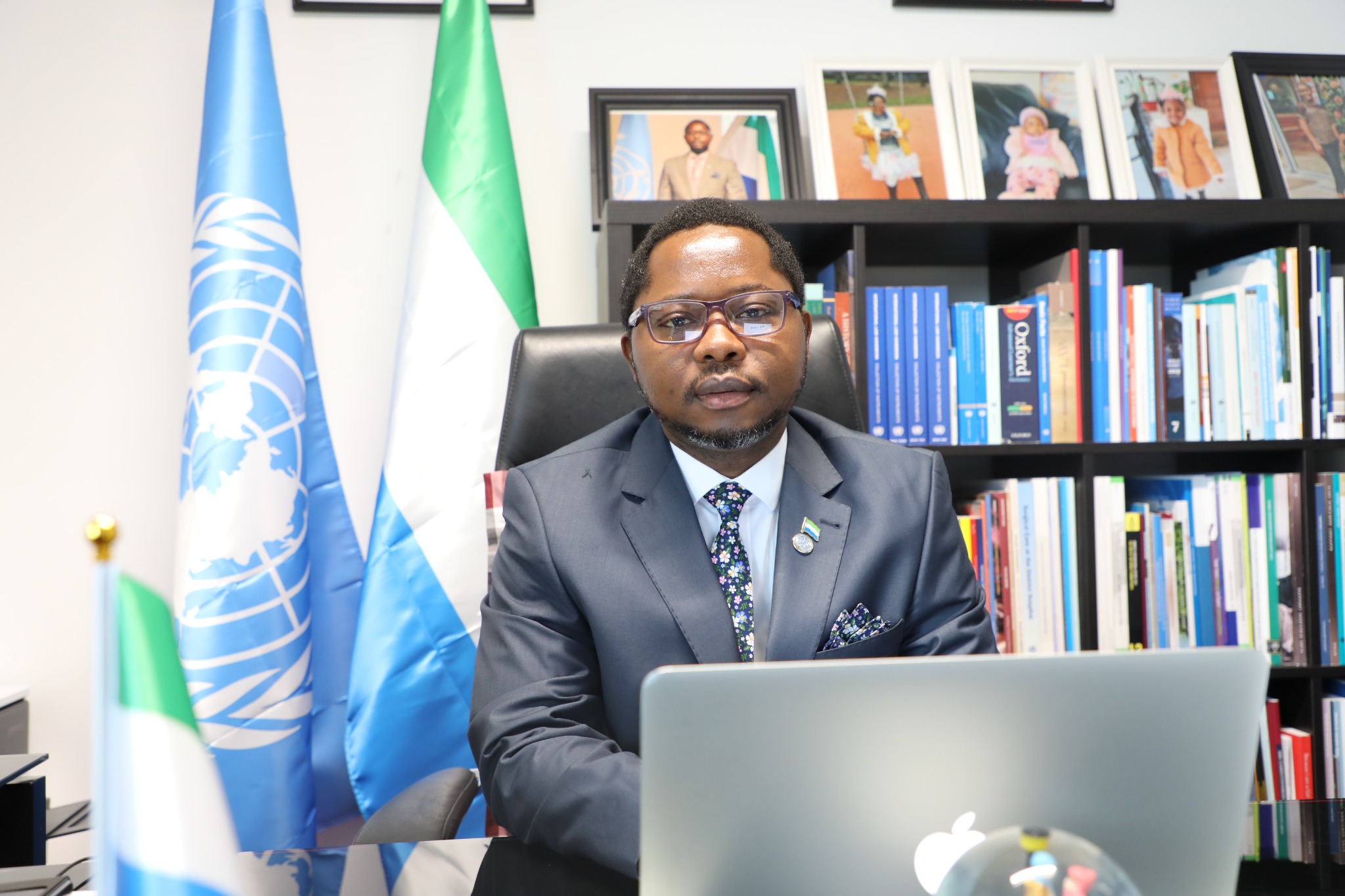 Geneva, Switzerland, Saturday 12 February 2022- At the concluded 40th Session of the Universal Periodic Review, Sierra Leone's Deputy Ambassador and Deputy Permanent Representative to the United Nations, WTO, and other International Organizations in Geneva, Switzerland, His Excellency, Samuel U. B Saffa Esq, has delivered Sierra Leone`s statements in the Human Rights Council during the Universal Periodic Review (UPR) of South Sudan, Uganda and Sudan.

Ambassador Saffa thanked the three countries for their informative and comprehensive national reports.

He applauded South Sudan for promoting the rights of children and in particular its accession to the Convention of the Rights of Child and the reunification of over 1,200 children founded among the opposition forces with their families. He urged all parties to the peace process to continue to actively engaged for a resolution to the conflict.

On Uganda, Ambassador Saffa Esq lauded the government for the strides in the fight against HIV/ AIDS, its human rights-based approach into its implementation of the 2030 Agenda for Sustainable Development.

"Sierra Leone recommended the Government of Uganda to ratify the core human rights instruments, including the ICPPED, CRPD, and meet its various human rights obligations, and consider to expedite the implementation of National Transitional Justice Policy, Commute all death sentences with a view to formally abolish the death penalty, and investigate acts of torture and excessive use of force by the police to ensure that perpetrators of violations are brought to justice", Deputy Ambassador Saffa noted.

Ambassador Saffa commended Sudan for promoting women’s rights and for ratifying the Convention Against Torture, as well as for abolishing all forms of corporal punishment and the death penalty for children and for ta`zir offences.

Ambassador Saffa recommended the Government of Sudan to establish an Independent National Human Rights Commission as per the Paris Principles, establish human rights and accountability based reconciliation mechanism to prevent and resolve intercommunal conflicts and consider amending its legislation in order to set the minimum age of marriage at 18 years.

Following Sierra Leone`s review on the 14 May 2021, it accepted 216 recommendations and noted 58 recommendations.
The country is currently on course for the full and effective implementation of the accepted recommendations. In November 2021, the Minister of Foreign Affairs and International Cooperation Prof. David J. Francis launched the government National Reporting Mechanism (NRM) to International Treaty Bodies. The purpose of the NRM among other things is to establish a permanent secretariat so as to create a viable efficient national structure for the preparation and submission of reports to treaty bodies and ensure sustainability and continuity of the reporting process.