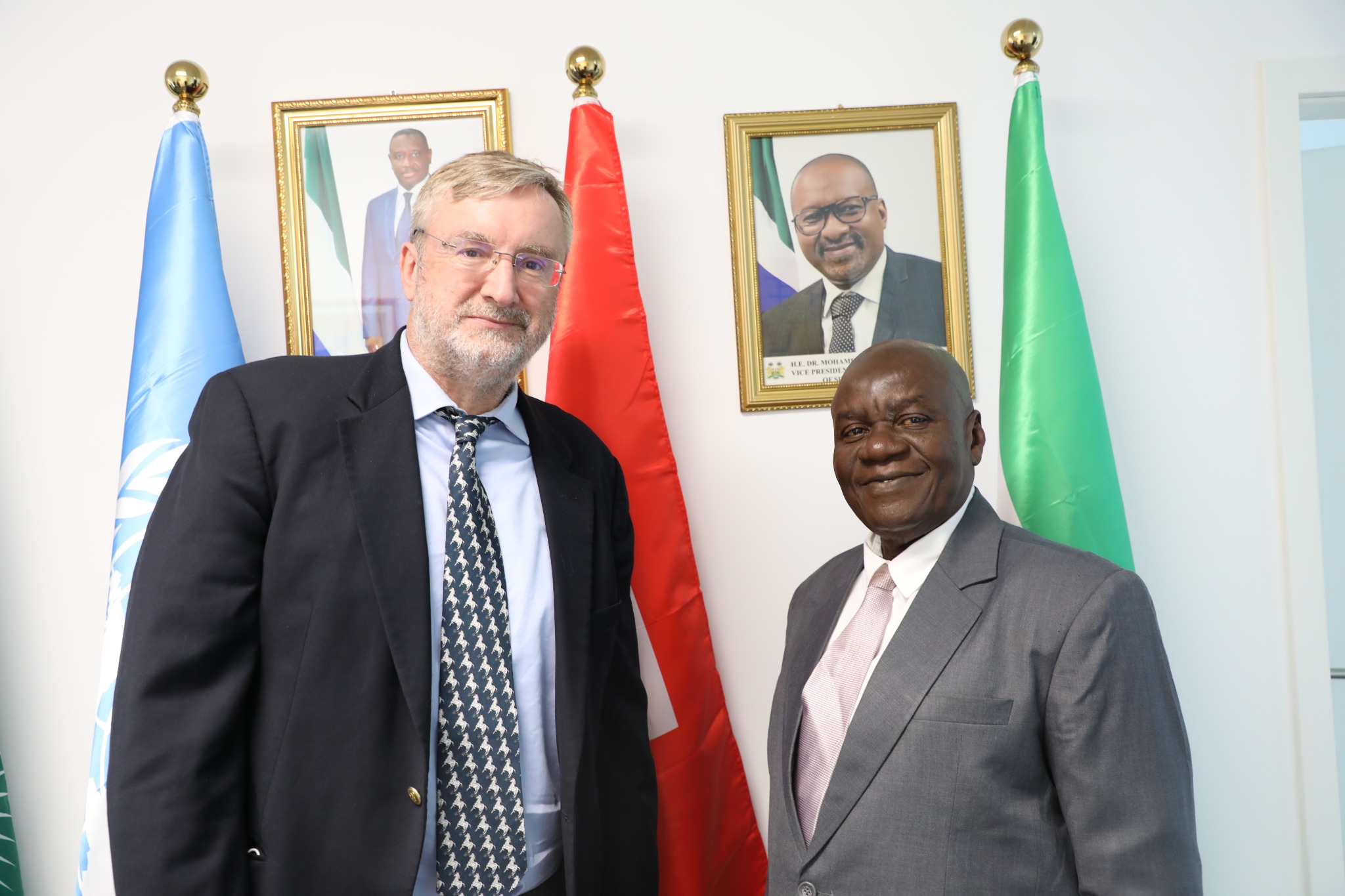 Geneva, Wednesday 6 October 2021- The Executive Director of the Advisory Centre on WTO Law, Niall Meagher, has called at the Mission to pay a courtesy call on Sierra Leone’s Attorney-General and Minister of Justice, Anthony Y. Brewah Esq., to strengthen the bilateral relations between Sierra Leone and his Organisation.

In his statement, Niall Meagher, gave a background to the formation of his organisation, noting that his organisation is independent of the WTO. He stated that the ACWL was created by an agreement separate from that establishing the WTO and has a membership different from that of the WTO. The ACWL was created to ensure that developing countries, and in particular the least developed among them, have a full understanding of their rights and obligations under WTO law and an equal opportunity to defend their interest in WTO dispute settlement proceedings. 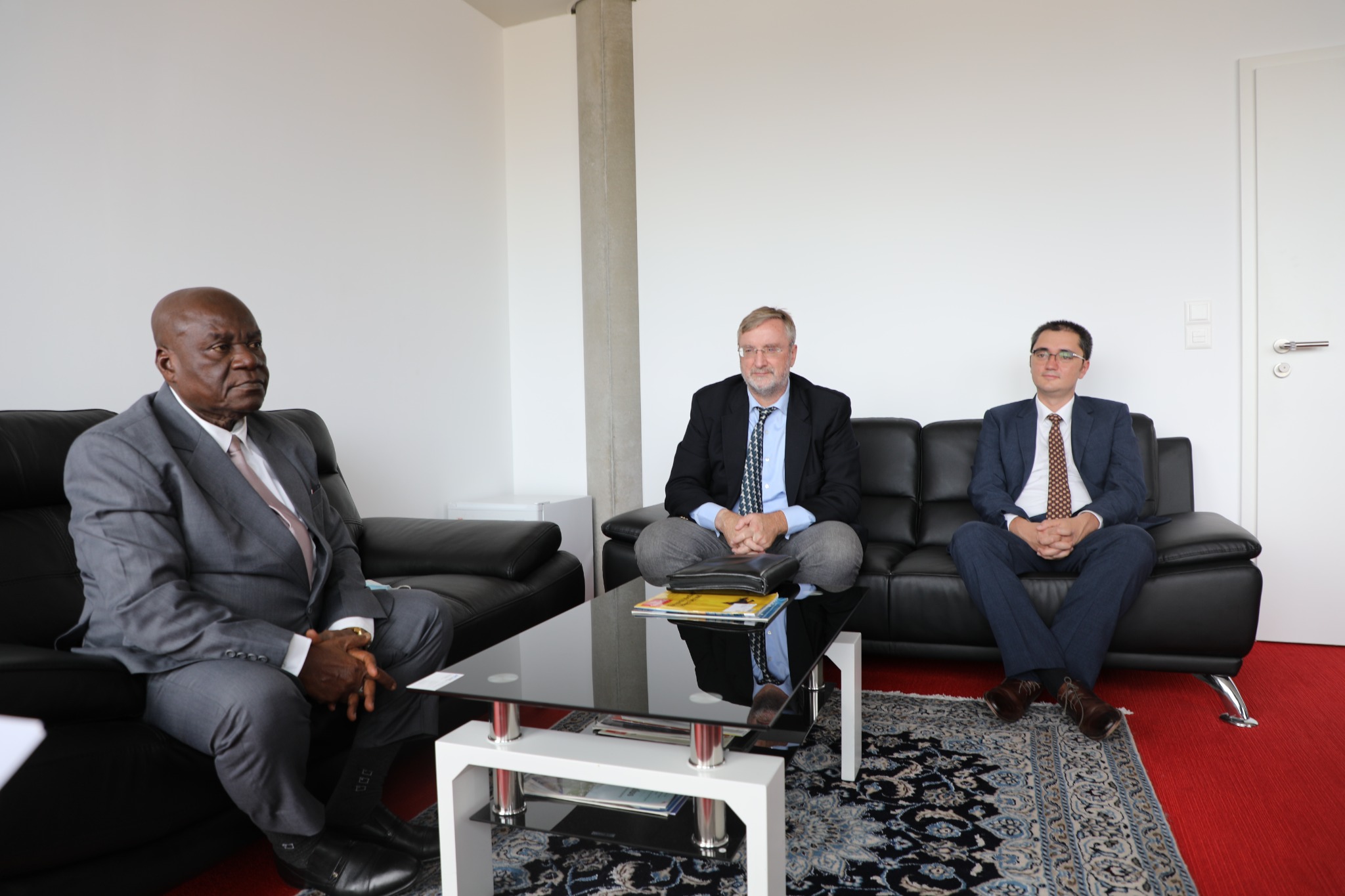 The Executive Director emphasised that its services are without charge for a client with a low income and such services are done with a high sense of trust and confidentiality. He said his organisation also provide training and capacity building for government officials in all sectors as they relate to trade law and foreign relations.

He said another aspect of their work is the provision of a secondment programme that allows for lawyers from member countries particularly LDCs and SIDs to be trained in WTO law. He noted that Sierra Leone is currently a beneficiary of the programme. He commended the government in the fight against COVID-19.

The Executive Director stated that his organisation will continue to provide the required legal support to the global south to catch up with the numerous trade disputes within the Member States.

" I want to assure you Mr Minister of my organization`s support to Sierra Leone as an LDC", he noted.

In his remarks, the Attorney-General and Minister of Justice, Anthony Brewah Esq. appreciated the Executive Director of the ACWL for its services provided to LDC`s. He called for more cooperation and collaboration in the field of technical assistance and capacity building for the constituents’ MDAs dealing with trade and its related matters.

The secondment programme, the Attorney General noted has provided indebt knowledge and support to the many Member States, particularly those from the global south. As an LDC, Sierra Leone is a beneficiary of the high-quality services provided by the ACWL. 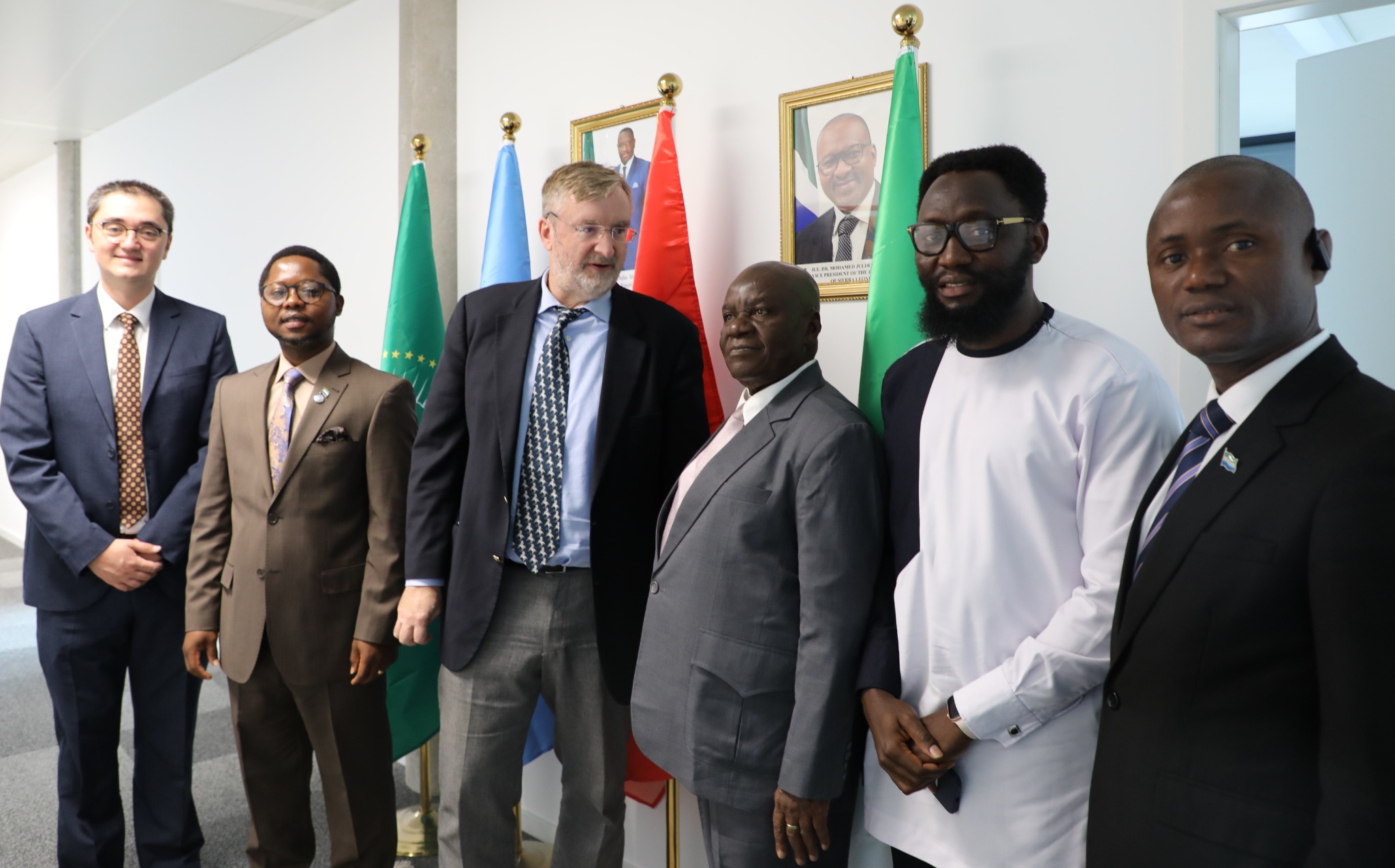 "We note that despite the COVID-19 restrictions and its attendant consequences, the ACWL was able to respond to legal advice from the Member States and actively involved in new dispute settlement proceedings regardless of the current imbroglio with the Appellate Body", the Minister concluded.

The ACWL is an Intergovernmental Organisation that provides advice and training on all matters relating to WTO law and support in WTO dispute settlement proceedings to developing countries and LDCS.