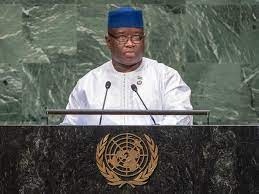 Sierra Leone’s Parliament last week abolished the death penalty, which has been an integral part of our legal system since introduced by British colonial rule. The decision had been taken by His Excellency, President Julius Maada Bio’s cabinet months earlier and has been awaiting legislative approval. This is a highly progressive development.

The Truth and Reconciliation Commission, noting that the death penalty was consistently abused, recommended in 2004 that it be abolished. Even the liberal government of President Tejan Kabbah refused to implement this “imperative recommendation.” Now President Bio, after rescinding the notorious seditious libel laws, have with equal determination to expand the freedoms of all Sierra Leoneans, abolished it, joining other countries around the globe that had abolished the death penalty. This means that no one will be legally put to death for any crimes in Sierra Leone.

The centuries-year-old law has been used by some political leaders and influential people to infringe on the right to life of many people, mainly to permanently silence their political opponents.

Before now in Sierra Leone, dozens of innocent people were convicted and killed through the court of law either for murder, treason, mutiny or robbing with aggravation.

Thanks to the "Tok & Do President Bio" for fulfilling another manifesto commitment which many have described as a significant milestone in respect of fundamental human rights, accountability, transparency, democracy, peace, and security. This is a President who believes in International best practices!

At the 38th Regular Session of the Universal Periodic Review (UPR) mechanism of the Human Rights Council held in May 2021 at the United Nations Assembly Hall in Geneva, Switzerland, Anthony Brewah, Attorney-General and Minister of Justice, assured the UN Member States of government commitment to repeal the death penalty after cabinet decision to abolish it.

Two months later, the Members of Parliament have unanimously abolished the death penalty from the country's law books. These will add to the tremendous values regarding the Human Rights credentials at the International rankings.

The UN Member States will again applaud President Bio's administration for his willingness, love, and sincerity to deliver accelerated service to his citizens at the Human Rights Council Session in September 2021. To indicate which recommendations the country will accept or not, during the third human rights review of Sierra Leone in May 2021.

The "Tok & Do President" is moving like an alternative current accelerating the wheel on the train. Dozens of world leaders, especially in Africa and Europe, admire President Bio’s pragmatic steps to develop and implement policies in the best interest of the country in the past three years.

Despite several pledges made by the previous government to grant a 30% quota to women in elective and appointment positions went unhonoured, this government under the dynamic and focused leadership of President Bio, the cabinet has approved the Gender Empowerment Bill 2021 to allow for 30% female elected and appointed positions including Parliamentary representation, which Parliament will soon debate for enactment.

Also, to improve and strengthen governance, President Bio recently appointed the Chairman and members of the Independent Commission for Peace and National Cohesion. Even though the distractors and unpatriotic people were at a loss that at this shortest period for such a wonderful success will be registered.

But remember, all these long-lasting achievements made by President Bio were part of his manifesto commitments to Sierra Leoneans, to enhance development programs to change the lives of people at all levels. So, what else come 2023- 2024? Watch this space!