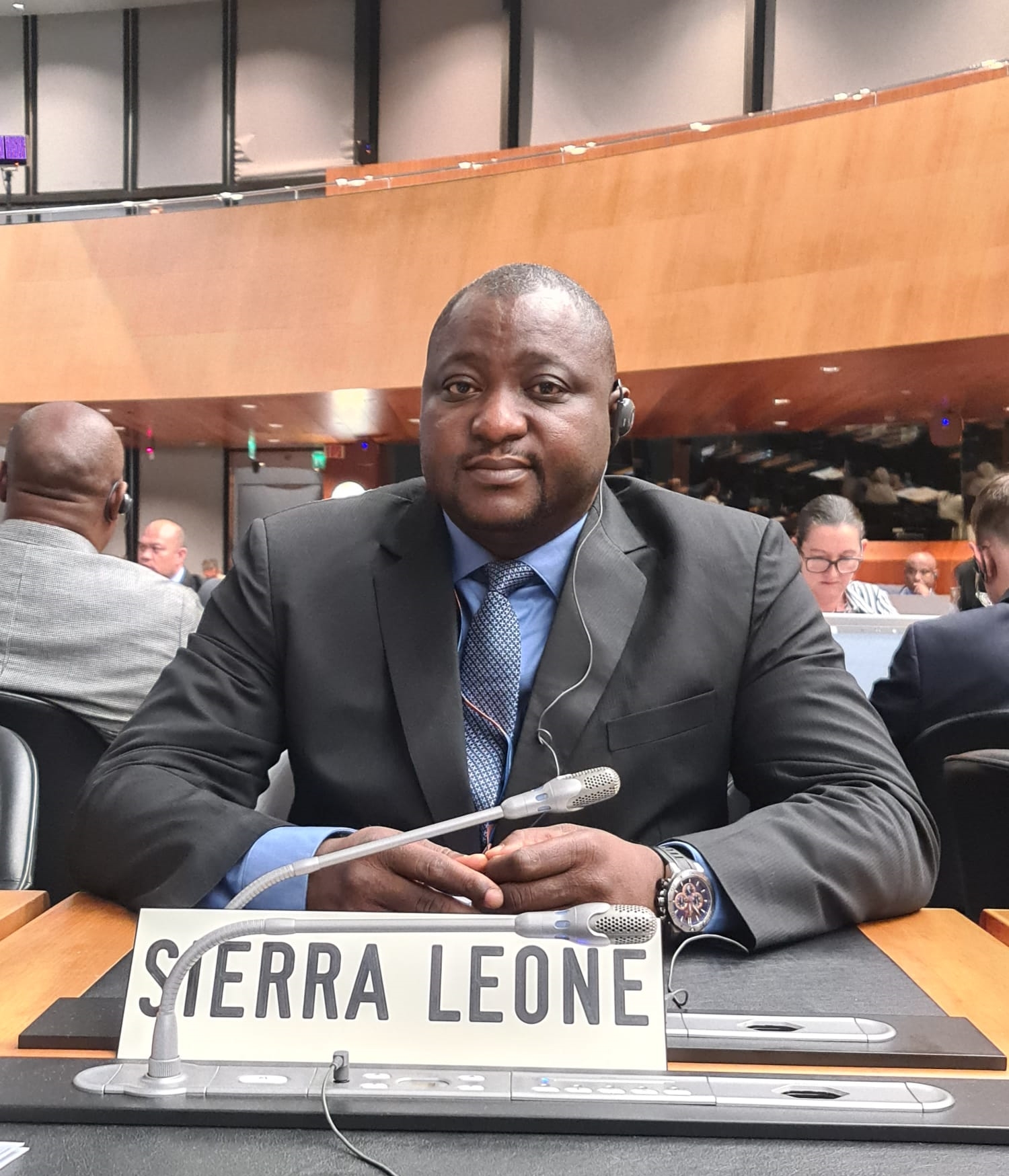 The International Trade Centre is a joint agency of the World Trade Organisation (WTO) and the United Nations Conference on Trade and Development (UNCTAD).

The meeting was hosted by the ITC.

In her remarks, the ITC Deputy Executive Director, Madam Dorothy N. Tembo, commended Sierra Leone for its initiatives in helping businesses grow back better from the COVID -19 pandemic and made a special commendation of the "MUNAFA FUND" launched by His Excellency President Dr. Julius Maada Bio, to support Micro, Small and Medium Enterprises (MSMEs) especially those owned by women which account for 70% of beneficiaries.

The Deputy Executive Director further maintained that the importance of such an innovative financing model is critical to poverty reduction among the ordinary people, and emphasized the ITC would like to closely study, evaluate and learn from Sierra Leone’s ‘’MUNAFA FUND’’ implementation experience and roll it out to other countries for possible programme intervention in future crisis situations.

She assured the Minister of Trade and Industry of her organisation's commitment to continuing to work with Sierra Leone, and that a New Country Work Programme will be developed for implementation in the near future.

In his response, the Minister of Trade and Industry, Honourable Dr Edward Hinga Sandy, thanked the International Trade Centre Senior Management team for the warm reception accorded to him and his delegation and praised the ITC for its current programme of work in Sierra Leone.

He said the need to build the capacity of MSMEs to become export-ready and market-competitors is critical to the overall private sector development agenda of President Dr Julius Maada Bio’s government.

Dr Sandy further maintained that the lack of Trade Statistics undermines the design and development of policies and urged the International Trade Centre to work with his Ministry to address this challenge supporting it to roll out the "One Trade Africa Observatory".

On the West Africa Competitiveness Project (WACOMP), the Trade Minister noted that the impact is being felt by the beneficiaries within the four (4) value chains identified and that more is urgently needed to enable MSMEs to take advantage of the numerous preferential market opportunities available to them.

In the end, both parties agreed to continuous engagement to channel necessary support to private sector actors in Sierra Leone and provide them with access to trade supporting institutions around the globe.