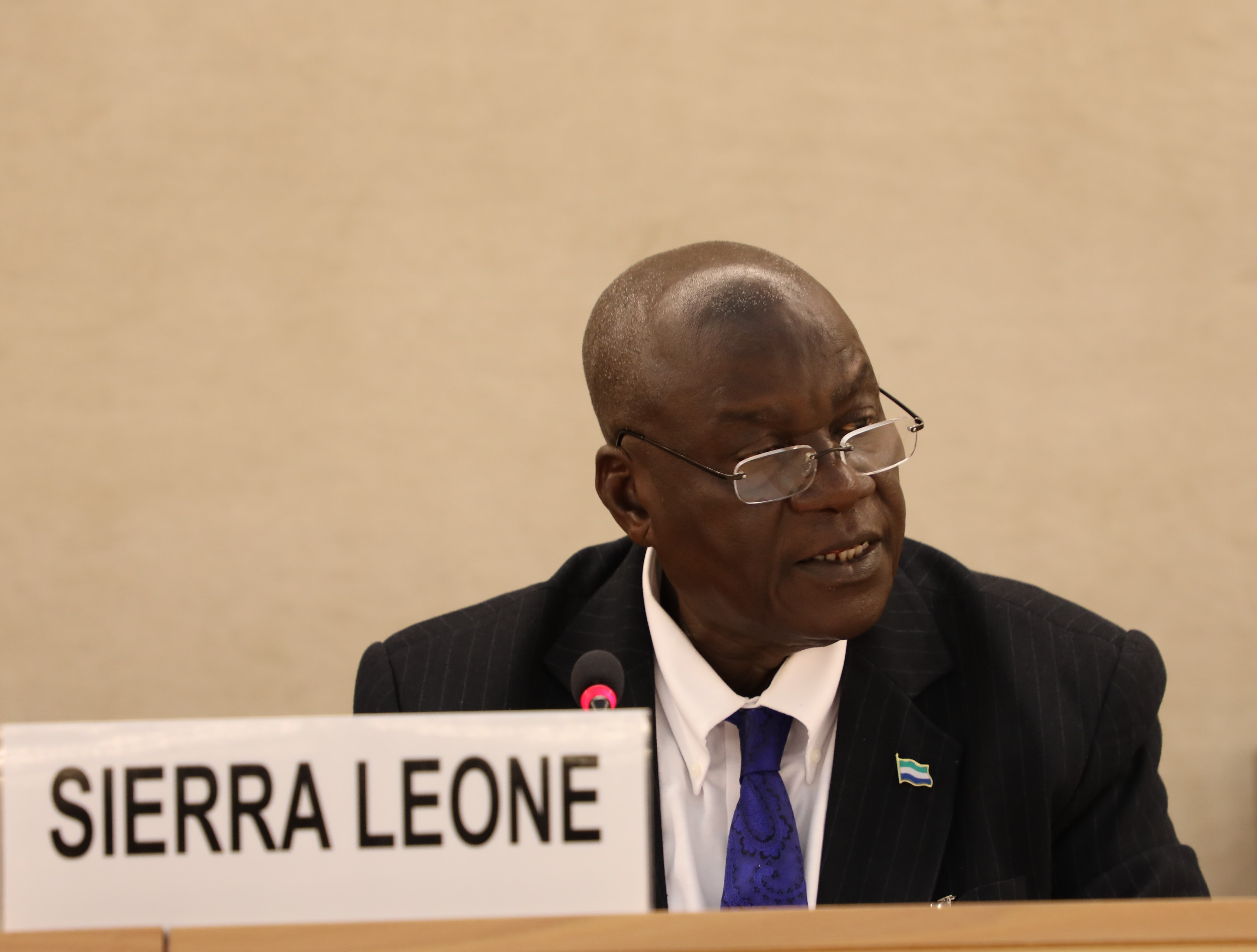 Delivering Sierra Leone’s position on behalf of the President, Dr Julius Maada Bio, on the UPR recommendations, the Attorney-General and Minister of Justice, Honourable Anthony Brewah, thanked all stakeholders who engaged with Sierra Leone during the third UPR and made our human rights review a success. The review was conducted on 14 May 2021. 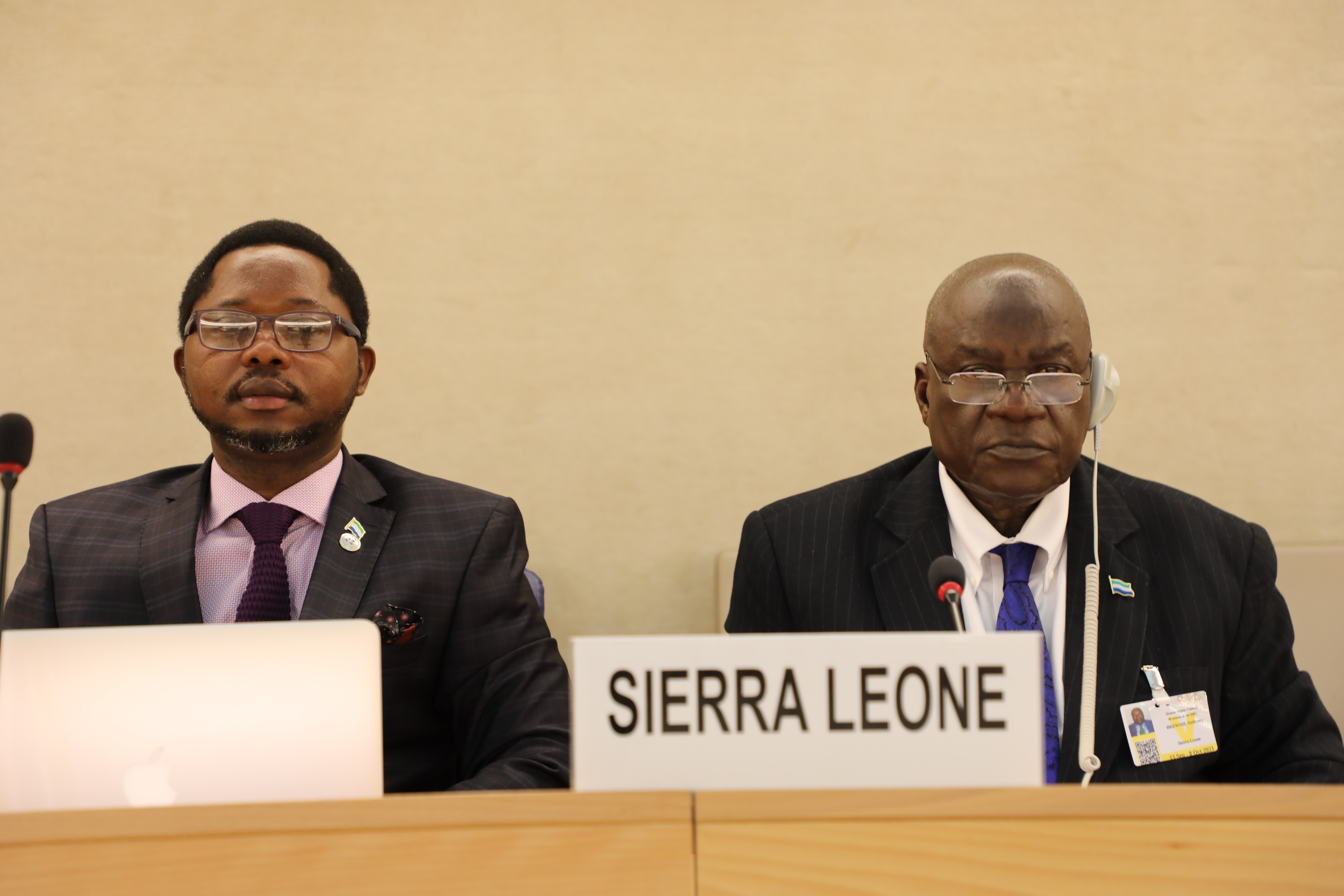 The Minister said Sierra Leone proving itself as a pacesetter in the field of human rights. The government’s conviction in strengthening and improving the human rights in Sierra Leone, the Minister said, is not motivated by sentiment and optimism; rather, it is rooted in government's commitment, resolve, capability, and wartime experience. He said never again to allow ourselves, our governments, and our laws to be used as instruments or be complacent to human rights violations. 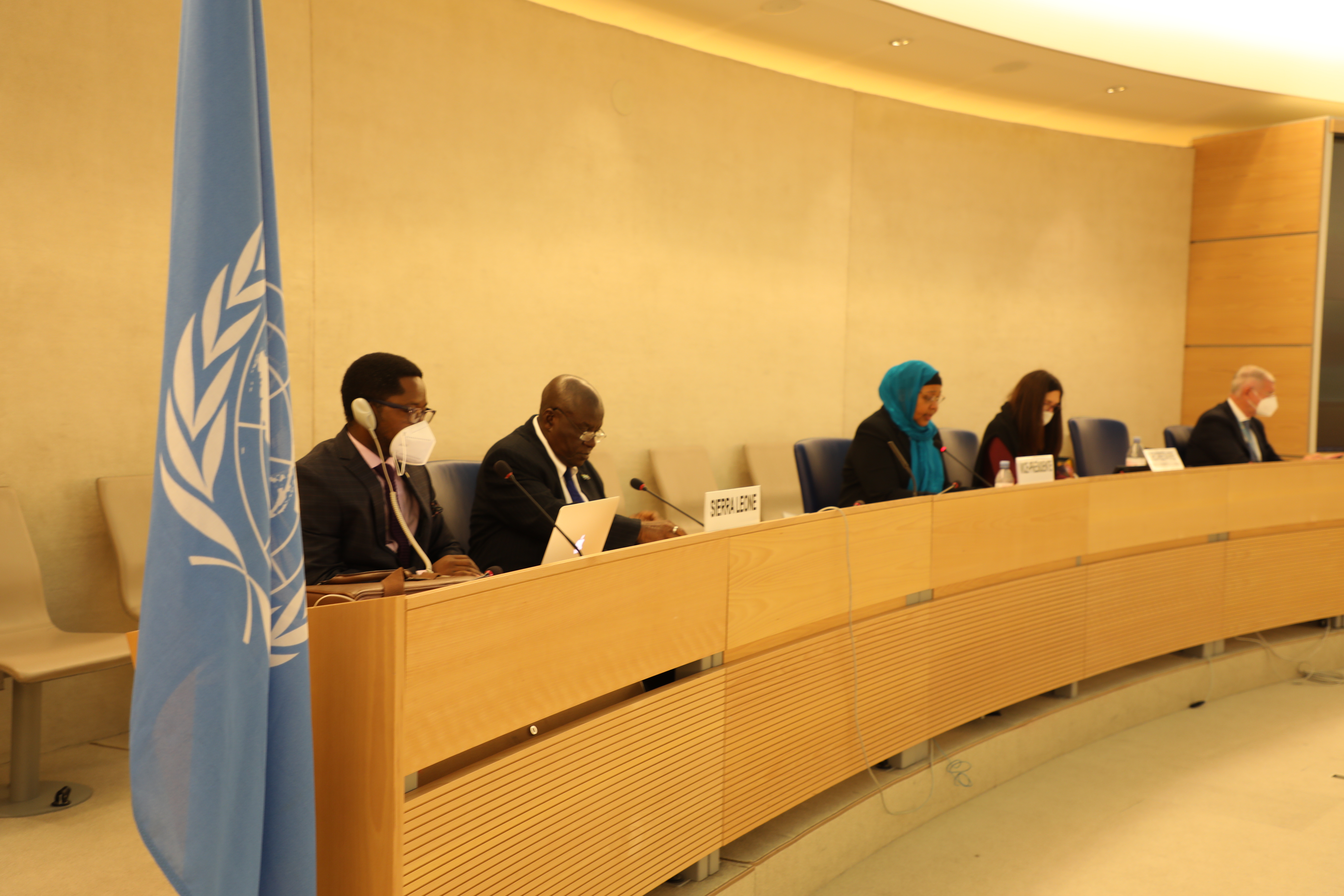 The Attorney-General assured of government's commitment to fully implementing all the 216 accepted recommendations to build a better human rights architecture in Sierra Leone. ‘’By the time we submit our 3rd Cycle Midterm Report for the 4th cycle UPR, we will present an even more positive and impressive story of change, better and improved human rights record in Sierra Leone’’, the Minister noted.

He further said government acknowledge that Sierra Leone human rights architecture has its challenges-the reason why the government is taking progressive steps to make it better. ‘’We believe an improved human rights infrastructure is necessary to fulfil our national development goals, including goals linked to the Sustainable Development Goals. I call on all stakeholders to join us to implement our 3rd Cycle UPR recommendations. Sierra Leone has the commitment and needs your support to improve its human rights record’’, Attorney-General concluded. 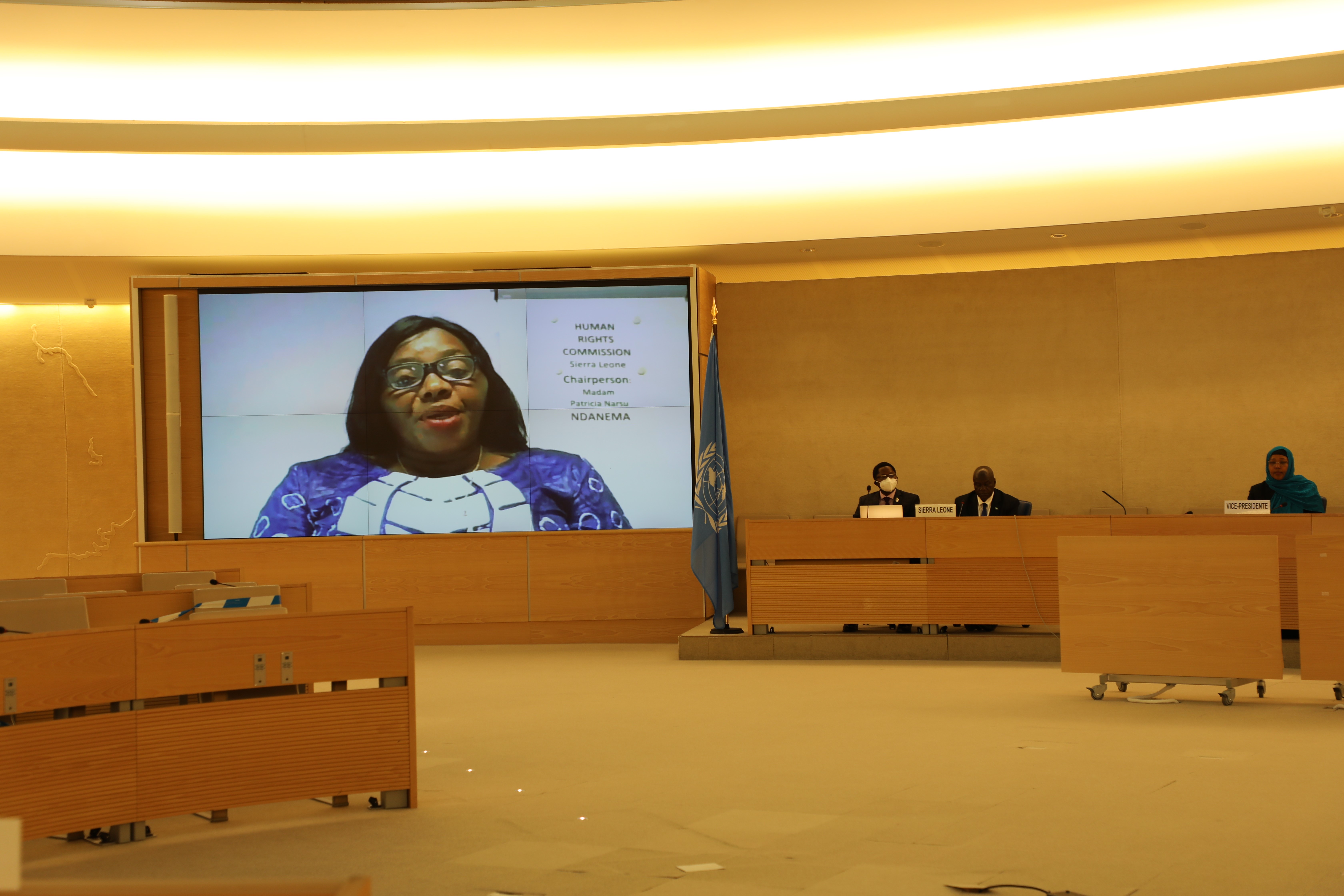 Whilst introducing the high-level delegation from Freetown and the Permanent Mission of Sierra Leone to the United Nations in Geneva, Switzerland, His Excellency Samuel U.B. Saffa Esq, underscored President Julius Maada Bio’s efforts in maintaining and strengthening the nation’s human rights in Sierra Leone.

The UN Member States commended Sierra Leone for the Hands Off Our Girls Initiative, the abolition of the death penalty, abolition of the criminal libel law, promoting education, addressing child trafficking, taking measures to combat COVID-19, and advancing gender discrimination and inequity, among other things, and expect Sierra Leone to implement the 216 recommendations and consider the 58 noted recommendations. 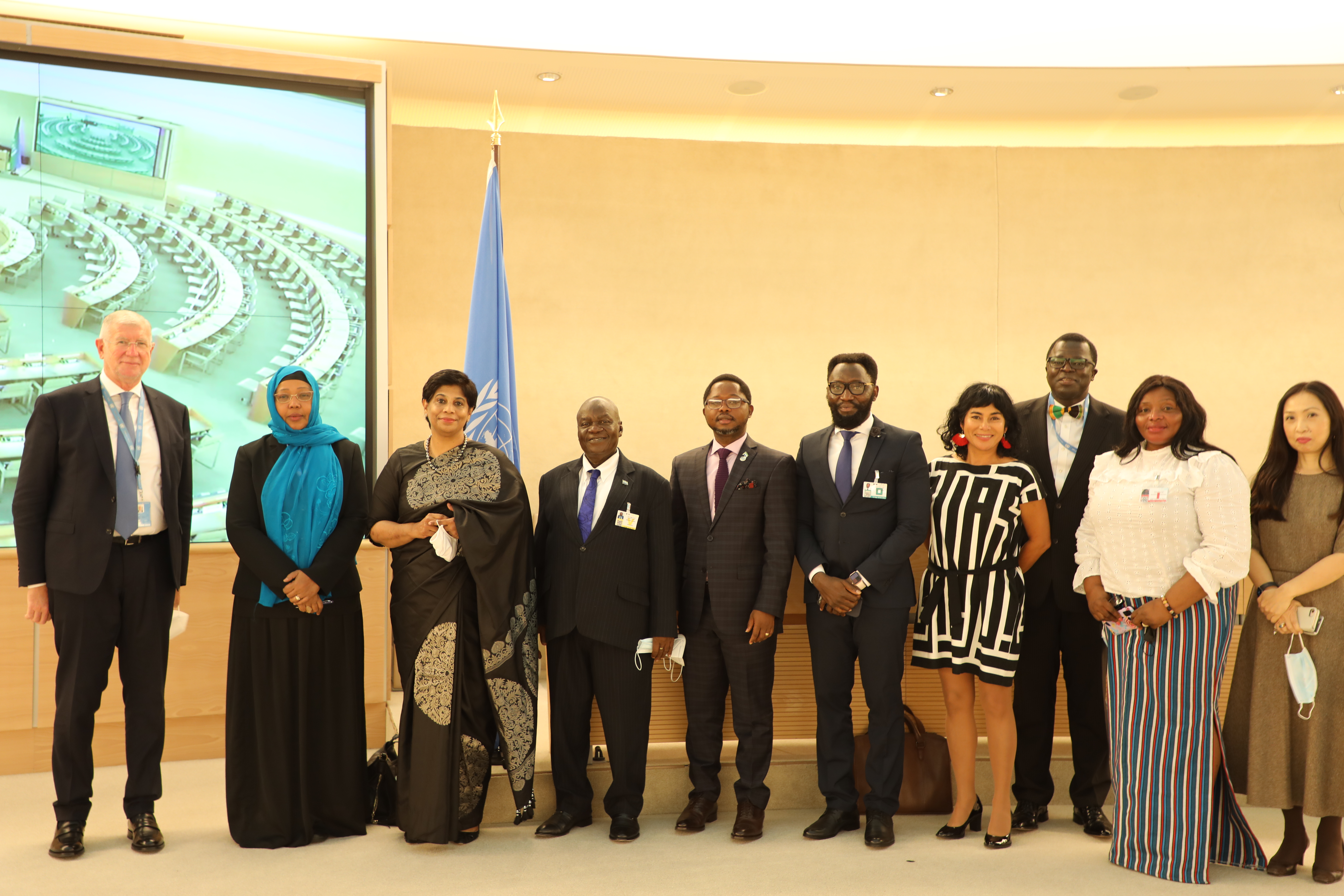