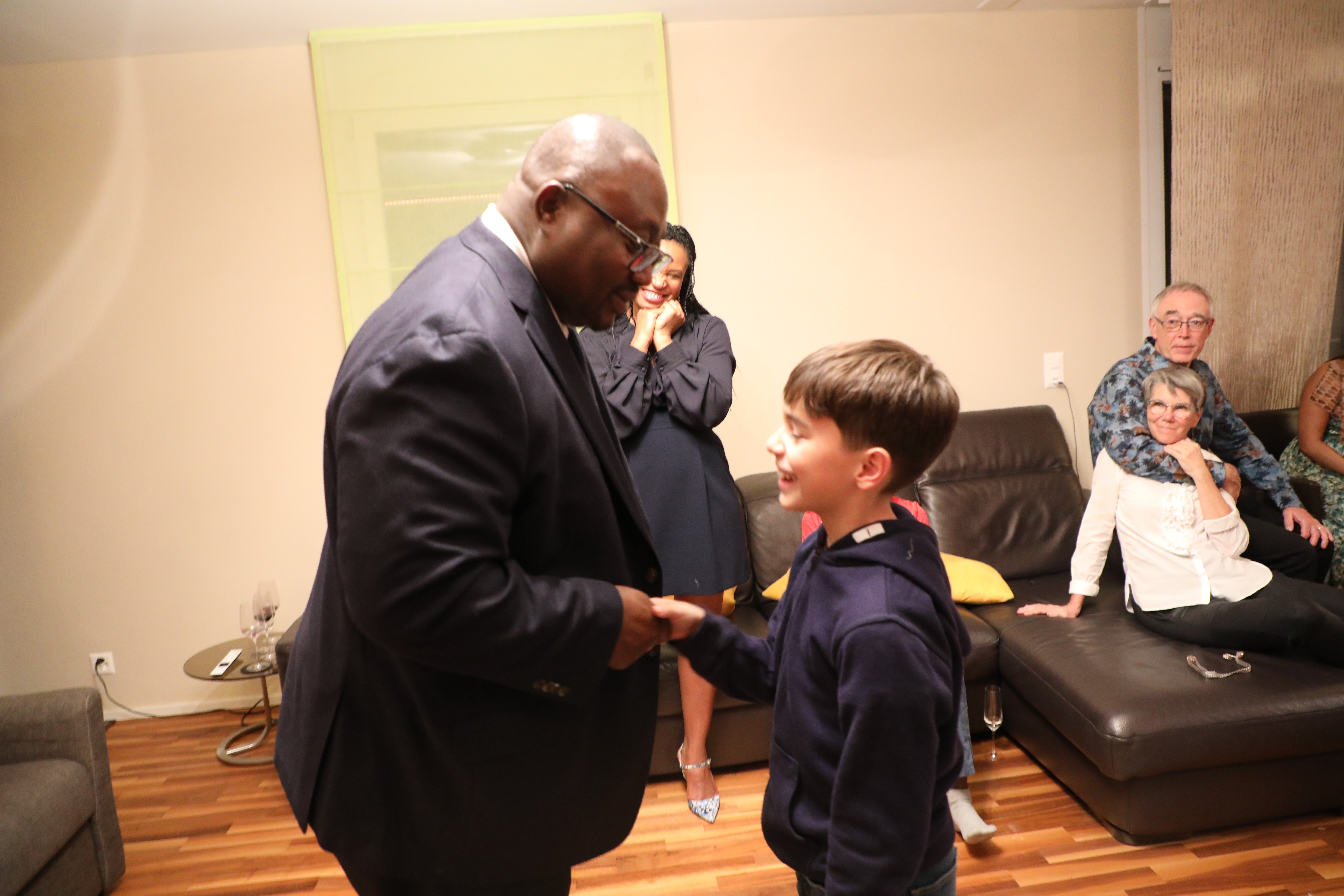 Geneva, Tuesday 23 November 2021 -Following the Freetown Fuel Tanker Explosion on 5 November, Sierra Leone lost at least 144 lives and over 150 people are still hospitalized with burns from the explosion at Wellington PMB area in the eastern part of Freetown, Sierra Leone.

The President His Excellency, Dr. Julius Maada Bio, declared three days national mourning for the deceased of the Willington fire disaster. In remembrance of this sad event and following the end of three days of national mourning, the Sierra Leone Embassy and Permanent Mission in Geneva invited all friends of Sierra Leone and Sierra Leoneans to join in mourning by signing our online Book of Condolence and help provide support for the victims of Wellington fuel tanker incident. 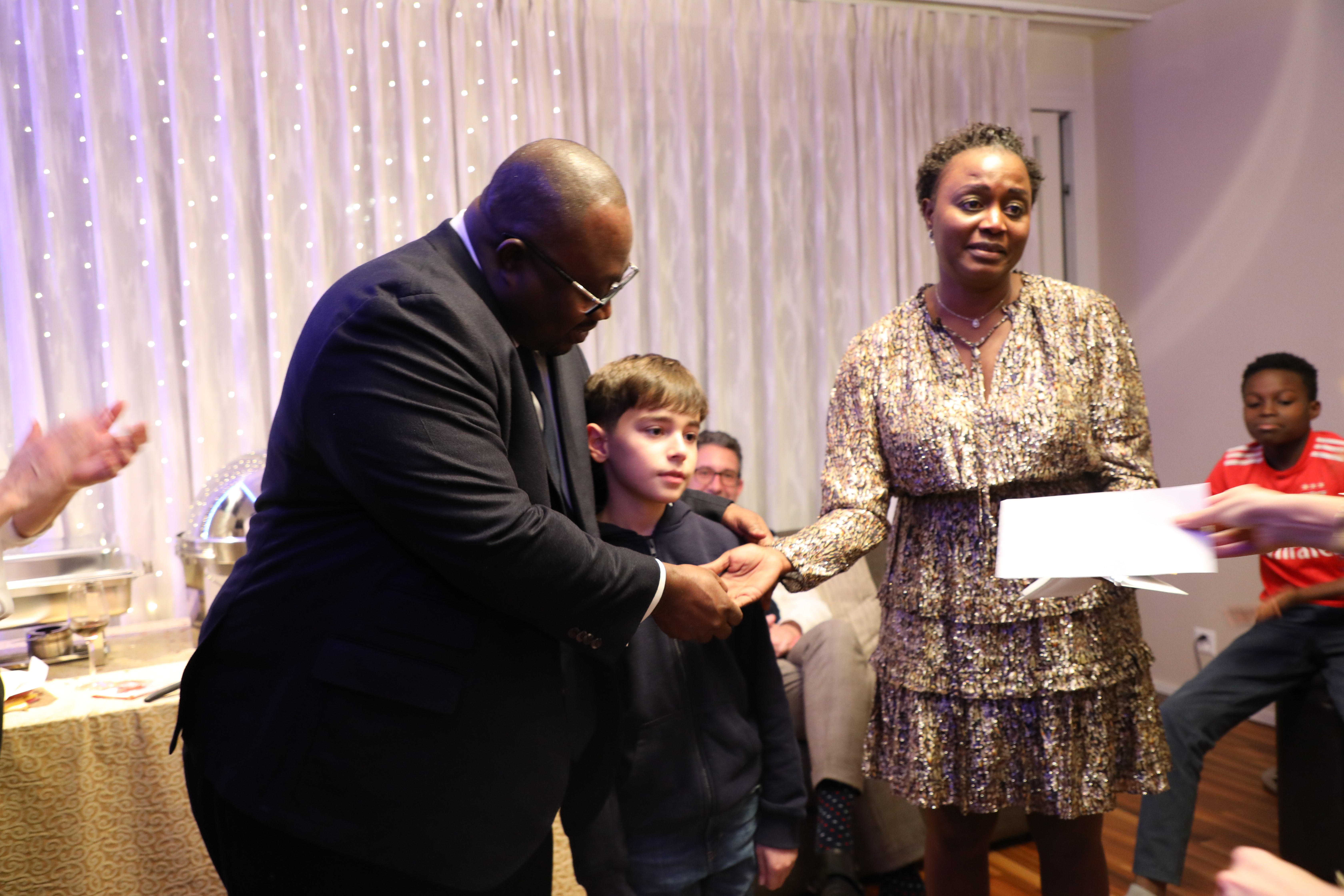 Following this call, Sierra Leonean born Ms. Zainab Diallo, who is long resident in Switzerland but remains deeply attached to her country of origin, transformed her birthday celebration on 20 November into a fundraising at her home in Nyon, half an hour’s driveaway from Geneva. Ms. Diallo is a long-time friend of the Sierra Leone Embassy and Permanent Mission in Geneva, at critical moments helping to provide support for events organised by the Mission.

‘’Sierra Leone is a country that is close to my heart, I was born there and brought up there, I am who I am today because of the education and support I got from Sierra Leone’’, she said at the fundraiser.

The highlight of the event was the announcement of a donation by 9-year-old Luis B. Luis on his savings from his lunch in the amount of ten francs (CHF 10), which is equivalent to one hundred thousand Leones (Le 100,000). 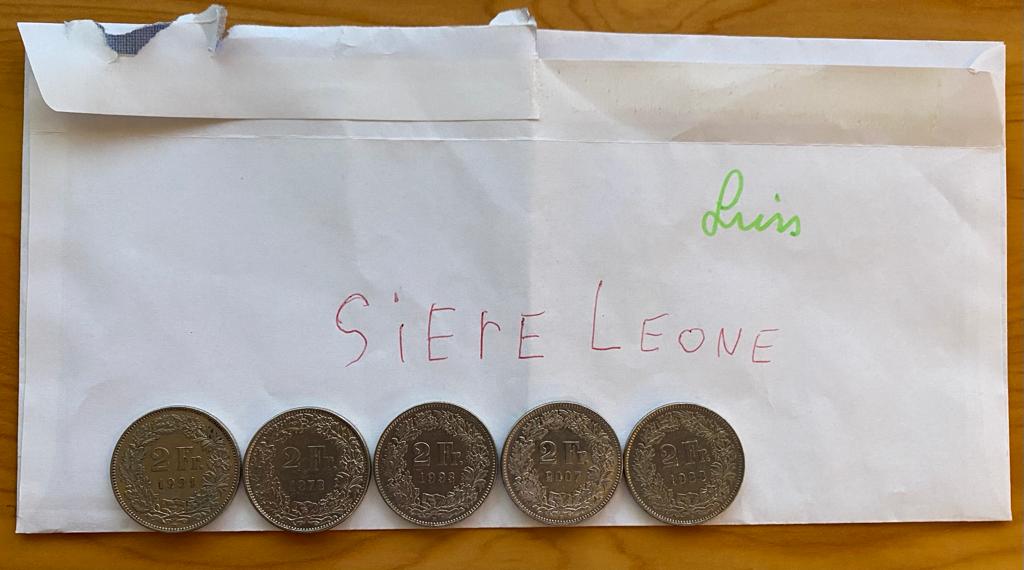 Luis actually gets CHF 2- per week as pocket money that he saves in his Piggy Bank. He is a close friend of Zainab's son and he overheard Ms. Diallo telling his mother about the explosion and plans to help victims. Luis later told his mum that he would like to take money from his Piggy Bank to give to the victims suffering in Zainab's country.

Dozens at the event were touched by this gesture. At the end of event, over CHF 3000 had been raised.

In a short statement at the fundraiser, His Excellency Dr Lansana Gberie, Sierra Leone’s Ambassador in Switzerland and Permanent Representative in Geneva thanked Ms. Diallo and all the donors for their thoughtful and generous gesture. 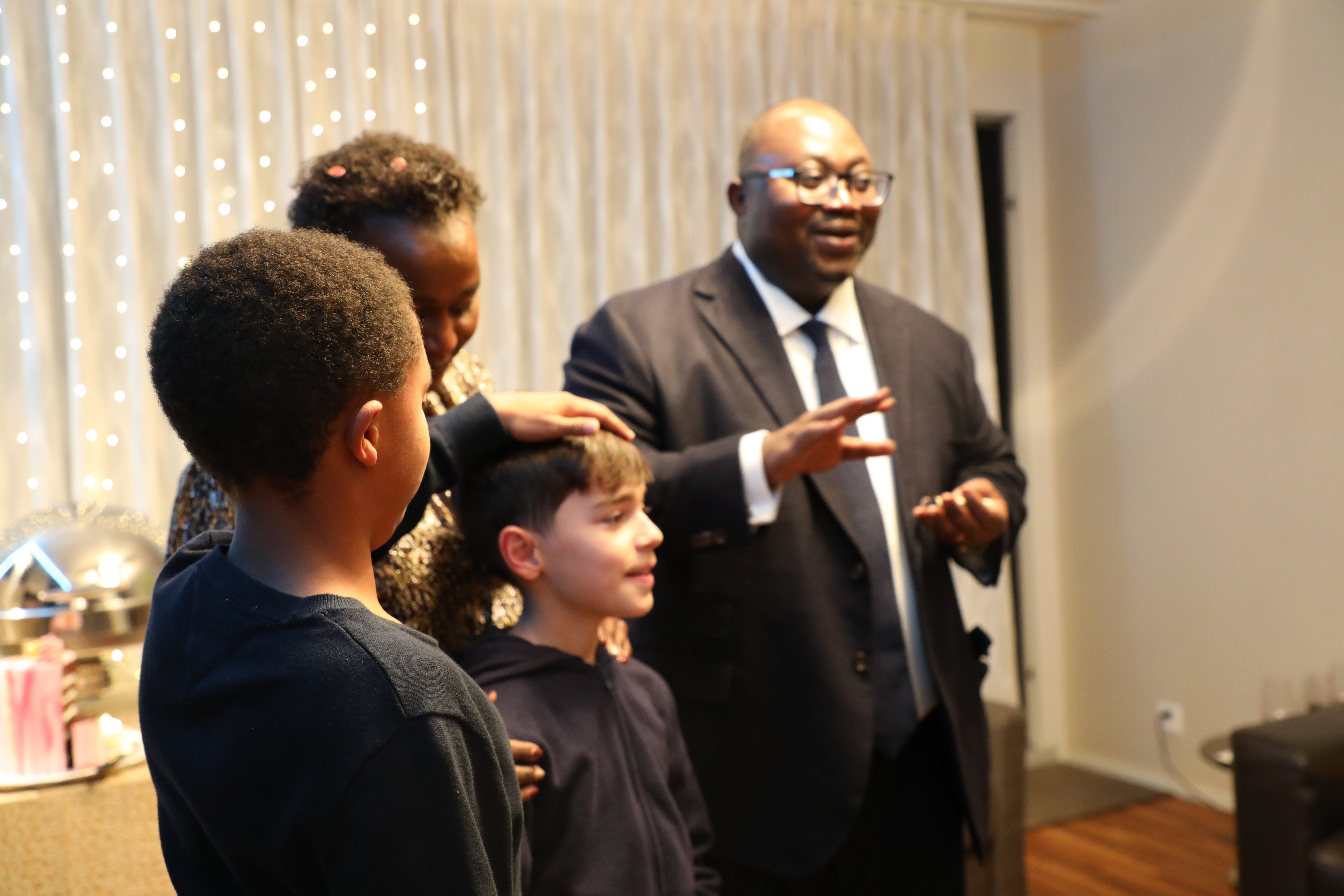 He noted that Ms. Diallo is the first Sierra Leonean based in Switzerland who has started raising funds for the victims of the Freetown fuel tanker explosion, and that he has been informed of plans by others to do something similar.

‘’We had a tragic event in Sierra Leone. I am deeply gratified by what Zainab has done to bring you all together as family to sympathize with the family of the victims of the Freetown fuel tanker explosion. We have opened a book of condolence online and I encourage you all to sign it’’, Ambassador Gberie said.

On behalf of the President His Excellency, Dr. Julius Maada Bio, his government, and the people of Sierra Leone, Ambassador Gberie thanked Luis B for his thought and donation for the victims of the Freetown fuel tanker explosion on November 5, 2021. 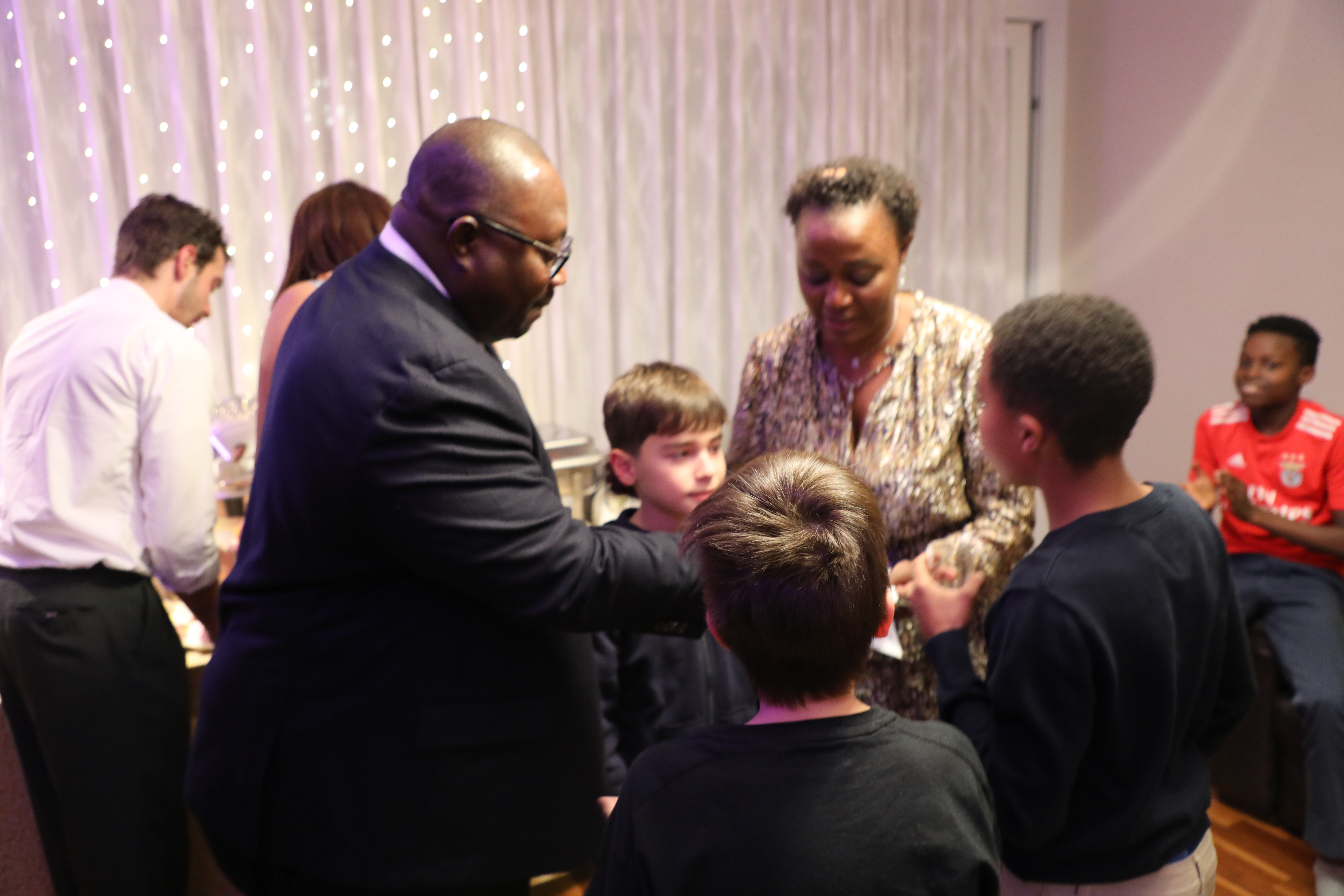 He assured them of Government’s commitment to ensuring the best care for all victims admitted in various hospitals across the country through the various technical, medical and financial supports.

‘’Our thoughts and prayers are with the families and loved ones of the victims and survivors’’, Ambassador Gberie concluded.