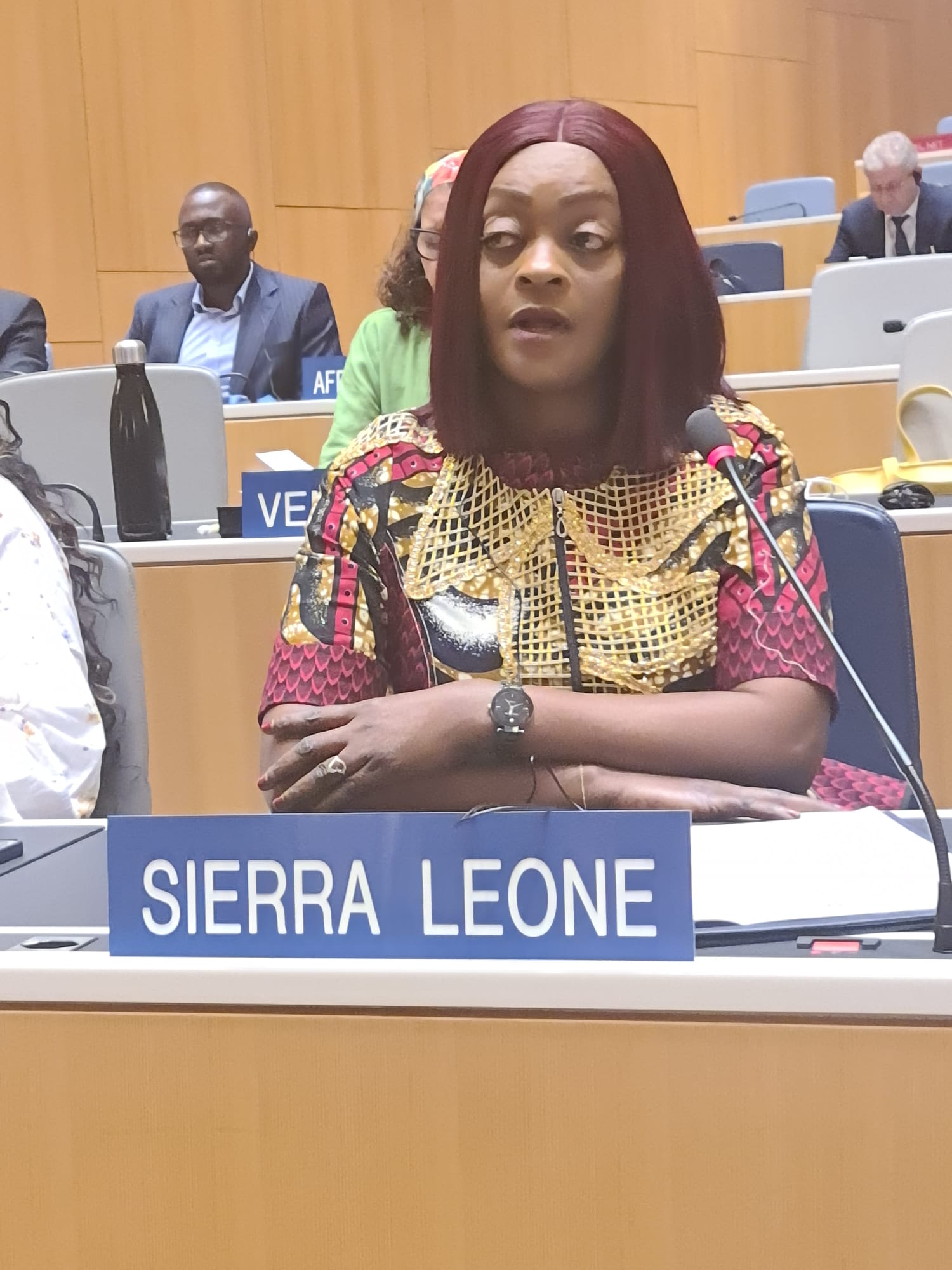 WIPO is a United Nations (U.N.) agency charged with protecting intellectual property (IP) through an international system that promotes and sustains creativity and innovation and helps develop international economies. 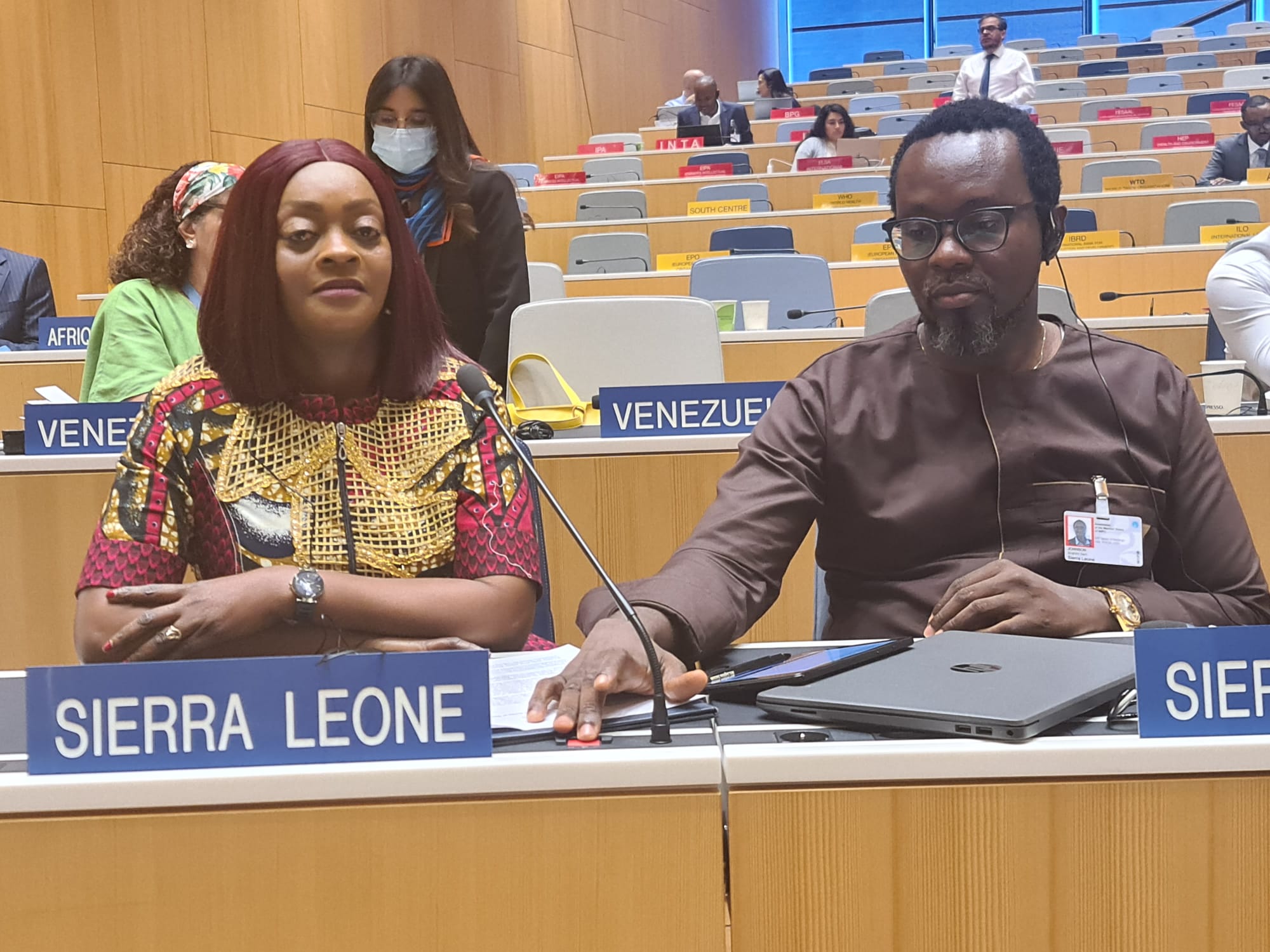 The Administrator and Registrar-General, Madam Saptieu Elizibeth Saccoh, on behalf of His Excellency President Dr Julius Maada Bio, thanked the Director General of WIPO for his comprehensive report to the Assemblies of WIPO, and WIPO’s assistance to Sierra Leone in the
review of Sierra Leone’s Intellectual Property Development Plan (IPDP) laws and drafting the legislative framework and financial support given to the Office of the Administrator and Registrar-General (OARG) to facilitate the setting of a functional IP office in Sierra Leone.

“Mr. Chair, with a view to harnessing the potential of our largely youthful population, innovation and active participation in the creative industries, the Government of Sierra Leone through the Office of Administrator and Registrar General prioritises the development of a fully functioning Intellectual Property framework. IP is evolving and our government policy is to make this an attractive investment-friendly sector for all investors. We are currently working on reviewing and harmonising all IP-related laws and policies, and draft legislations focused on protecting and promoting Copyrights, Patent, Industrial Designs and Trademarks. On completion of this task, legislative proposals will be tabled in Parliament for enactment, she said.

The Registrar-General commended WIPO's significant efforts already undertaken to implement its programmes and activities, support Member States, and hold this year’s Assembly, despite the challenges posed by the COVID-19 pandemic and its severe economic and social constraints as well as the bureaucratic gridlocks, and difficult interagency coordination.

Madam Saccoh informed the Assembly that the Government under the leadership of His Excellency President Julius Maada Bio places great emphasis on technological innovation which has been used to introduce changes in several sectors including education, tax administration, population census administration, civil registration, vehicle and driver licensing system, airport and passenger management including improved online payment system for Covid-19 tests, to name but a few.

She reiterated Sierra Leone’s commitment to strengthening its relationship with WIPO and called on the organisation to continue its engagement and technical assistance to Sierra Leone to enhance our efforts in rolling out the use of technology across all government functions.