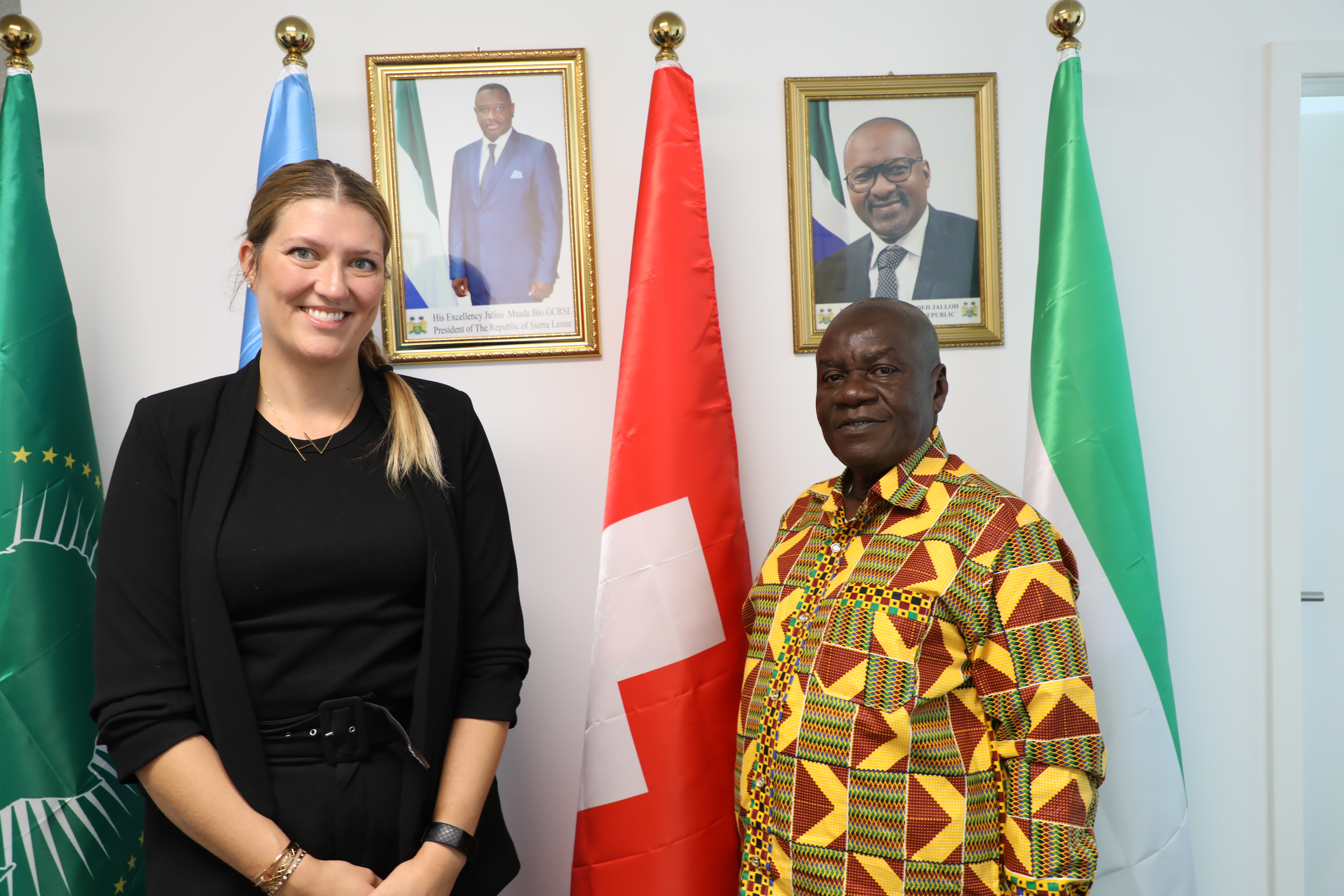 eneva, Switzerland, Wednesday 29 September 2021- The Embassy and Permanent Mission of Sierra Leone in Geneva hosted the Executive Director, International Campaign to Abolish Nuclear Weapons, Beatrice Fihn, paying a courtesy call on the Attorney-General and Minister of Justice, the Honourable Mr. Anthony Yeihwoe Brewah, to discuss the 2017 United Nations Treaty on the Prohibition of Nuclear Weapons (TPNW), the status of the Treaty in West Africa and Sierra Leone’s accession to the TPNW.

The Executive Director disclosed that his organisation will provide support to the Attorney General’s office and the Ministry of Foreign Affairs toward the signing and ratification of the the TPNW.

Ms. Beatrice Fihn disclosed that 86 States have signed the treaty, out of these numbers, 56 States have ratified including 29 African States, Nigeria, Ghana, Cote d’Ivoire, Gambia, Benin, Burkina Faso, Cabo Verde, Togo, Niger, and Guinea-Bissau among others.

‘’I encourage Sierra Leone to participate in the first conference of States Parties to the TPNW in March 2022 in Vienna, where decisions will be taken by states parties who have signed and ratified the treaty. I want Sierra Leone to sign and ratify the treaty, we want to gain the numerous experiences from the Arms Trade Treaty and other international treaty Sierra Leone has chaired and participated.

The Executive Director assured TPNW’s commitment to providing technical supports to the Government to enable the country to complete the process within the shortest possible time.

Ms. Fihn applauded His Excellency, President Julius Maada Bio’s speech delivered at last week’s United Nations General Assembly, during which the President called on nations of the world to provide remedies for survivors of sexual offence.

The Attorney-General and Minister of Justice, the Honourable Mr. Anthony Yeihwoe Brewah, thanked the Executive Director, International Campaign to Abolish Nuclear Weapons, for the assurances of deepening greater support for Sierra Leone to sign and ratify the 2017 United Nations Treaty on the Prohibition of Nuclear Weapons, while noting the TPNW will complement existing instruments and efforts on nuclear disarmament and the peaceful use of nuclear science in Sierra Leone. 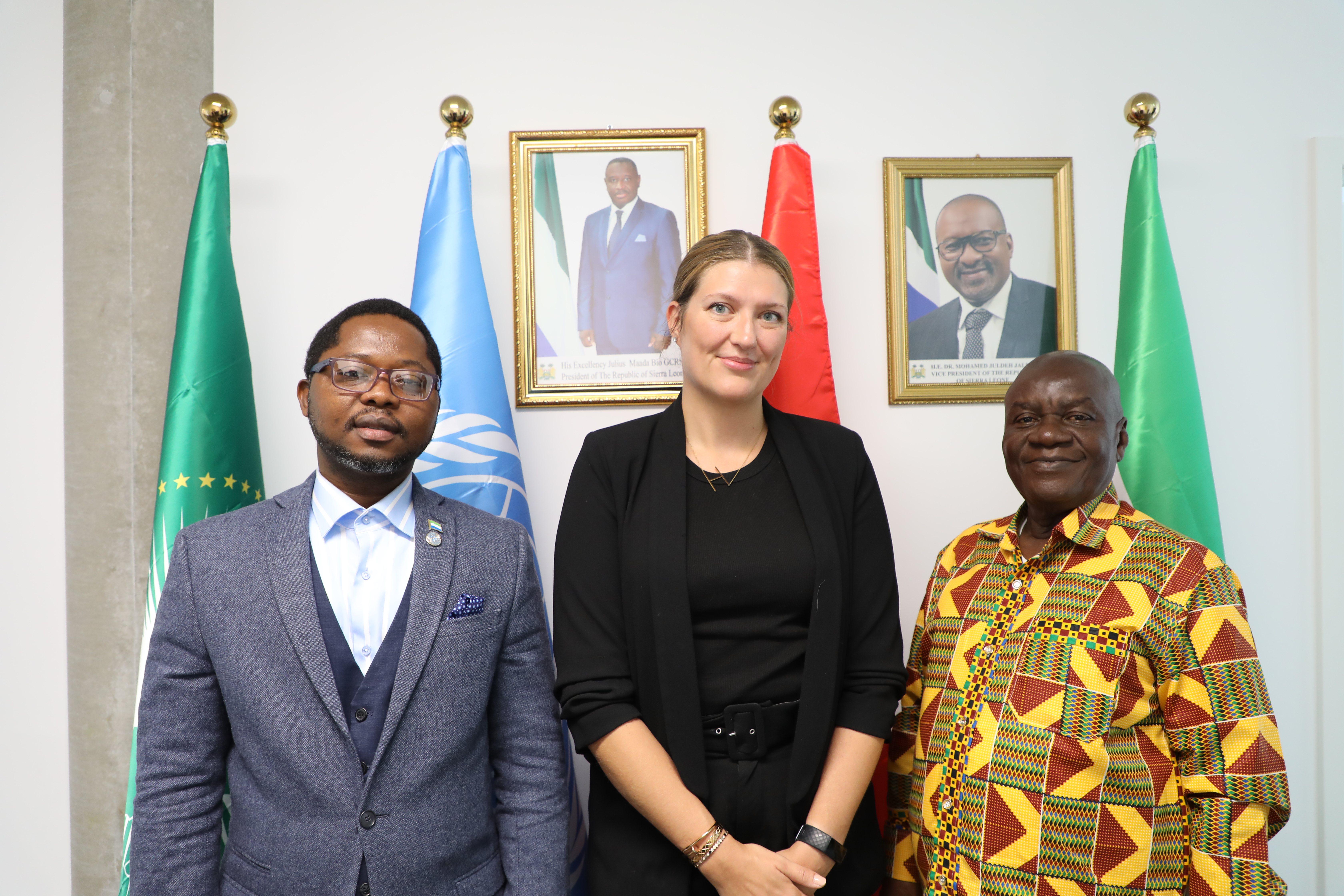 ‘’Sierra Leone has active engagement with the International Atomic Energy Agency (IAEA) and has benefited from its expertise in the peaceful use of nuclear technology in improving agriculture, food security and food safety, developing groundwater resources, strengthening human health, and Improving radiation protection. In 2012, Sierra Leone enacted the Nuclear Safety and Radiation Protection Act. This Act established the Sierra Leone Nuclear Safety and Radiation Protection Authority. Sierra Leone therefore has some instruments and infrastructure that are compatible and compliant with the TPNW. Sierra Leone has started the process of adhering to the TPNW.’’, the Honourable Minister noted.

The Attorney-General assured of government commitment to supporting the campaign to abolish nuclear weapons. ‘’We need partners, like ICAN, to work with and directly support our government’s efforts to complete the accession process. My office stands ready and willing to collaborate with other government bodies to achieve this objective’’, Honourable Anthony Brewah concluded. 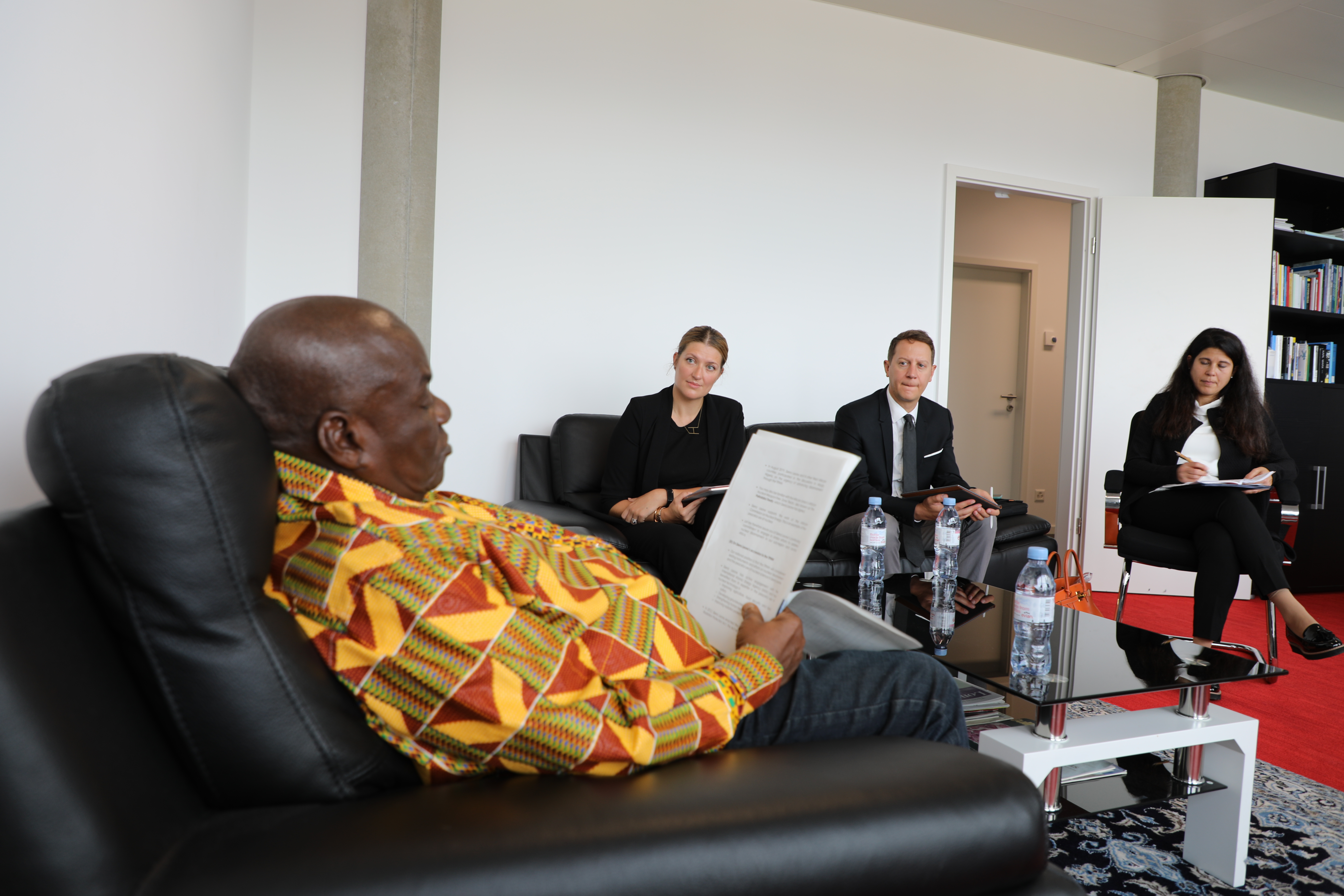 The Treaty on the Prohibition of Nuclear Weapons (TPNW) is the first globally applicable multilateral agreement to prohibit nuclear weapons comprehensively. It was adopted at the United Nations in New York on 7 July 2017 with the support of 122 states, including Sierra Leone, and opened for signature on 20 September 2017.

The meeting was facilitated by Ambassador Dr. Lansana Gberie, Permanent Representative of Sierra Leone in Geneva.